Top cleric Primate Elijah Ayodele’s 2023 prophecy predicts that Bola Tinubu of the All Progressives Congress (APC) will be betrayed ahead of the 2023 elections.

The General Overseer of the INRI Evangelical Spiritual Church said this in his 2023 prophecies where he claimed that some northerners and members of the ruling party might betray Tinubu.

“I foresee Northerners betraying Tinubu and people within his party. People who are close to him will also betray him. I am not Tinubu’s enemy,” he said in a document released on Christmas eve. “Ordinarily, I would prefer him to others, but that is what God revealed to me about him.”

The preacher perceives that northern power brokers are divided on who to pick among Tinubu, Peter Obi of the Labour Party, and Atiku Abubakar of the Peoples Democratic Party (PDP).

According to him, this is because the three are loved in the region.

“I foresee that Northern power brokers are divided between Peter Obi of the Labour Party, Abubakar Atiku of PDP, and Bola Tinubu of APC,” he added.

In his 2023 prophecy, he is also saying that the frontline presidential candidates need protection ahead of the election.

“They need God’s protection around themselves. I foresee not all the aspirants contesting would be alive on the day of the election, not all those who win would be sworn in, and not all those who are sworn in would complete their terms,” he continued in the prophetic release.

Prayer Points Altar will publish more end-of-the-year or new-year 2023 prophecies as they are being released by clerics in and around Nigeria. Always check back! 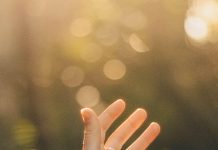