This is the Assemblies of God Adult Sunday School lesson manual July 5, 2020. It contains teachings, prayers and Bible verses to change your life.

You can also download the Assemblies of God Adult Sunday School lesson manual for July to December on Google Playstore.

Note that the Prayer Points Altar will be updating the lessons every week to help build your spiritual life.

TOPIC; GOD’S GLORY AND EZEKIEL’S CALL
MEMORY VERSE: Ezekiel 3:4
He (God) said unto me, son of man. Go, get thee unto the house of Israel, and speak with my words unto them (KJV).
CENTRAL TRUTH:
When God calls, we must respond in obedience.
THE LESSON OUTLINE:
1.Ezekiel’s Vision- Ezekiel 1:1-28
A. Ezekiel’s World
B. God’s Glory
2.Ezekiel’s Call- Ezekiel 2:1-8
A. Speak God’s Word
B. Do Not Fear or Rebel
3.Ezekiel’s Challenge- Ezekiel 2:9 through 3:15
A. Hardened Audience
B. Angered in His Spirit
TEACHING GOALS:
1.Impart and Reinforce Knowledge: Explain Ezekiel’s call to students, including the challenge he faced in proclaiming God’s Word among the exiles.
2.Influence Attitudes: Encourage students to follow Ezekiel’s example by adopting and maintaining a willingness to do whatever the Lord calls them to do.
3.Influence Behaviour: Challenge students to follow God’s leading and obey His commands even when doing so may be costly.

INTRODUCING THE LESSON:
Begin the class session with a discussion of this question: “Why does God call us to do His work?”
In scripture, we read many stories about people God called and enabled to do His work. In the context of these accounts, we find that God does this for a variety of reasons. When we examine God’s call of Moses, for example, we see that God wanted to deliver the Hebrews from slavery and lead them to the Promised Land (Exodus 3:1-10).
While the immediate circumstances surrounding God’s call may vary, His ultimate purpose for calling us to do His work does not. God calls us because He wants us to participate in His mission to redeem the world.
COMMENTARY AND APPLICATION
1. Ezekiel’s Vision
A. Ezekiel’s World-Ezekiel 1:1-3
These opening verses help identify when and where Ezekiel ministered. Verse 1 clearly states that Ezekiel began receiving visions of God when he was thirty years old. On the basis of verse 2, this can be dated to 593/592 BC, the fifth year after King Jehoiachin of Judah was taken into exile.
Verses 1 through 3 also give information about the location of Ezekiel’s ministry. Ezekiel was on exile in Babylon during king Jehoichin’s captivity. In 598/597 BC, Nebuchanezzar seized Jerusalem and sent Jehoiachin and thousands of prominent citizens- including royal officials, soldiers, and artisans- into exile in Babylon (2 kings 24:8-17). Based on Ezekiel 1:1-3, one can conclude that Ezekiel was among those whom Nebuchadnezzar carried away from Judah with Jehoiachin.
The Babylonian exile, which was a direct result of the unfaithfulness of God’s people, lasted from 605 BC until 538 BC and involved four deportations from Judah. The first took place in 605 BC and included Daniel and his three friends, Hananiah, Mishael and Azariah (Daniel 1:1-7). The second occurred in 598/597 BC and involved king Jehoiachin and Ezekiel. The third occurred in 586 BC and followed the destruction of the temple and the palace in Jerusalem. Finally, a fourth deportation took place in 586 BC.
During these years, thousands of men, women, and children were forced to move from Judah to Babylon- more than 500 miles to the northeast. It was in this context that the prophet Ezekiel received his visions and proclaimed God’s Word.
Questions for Application:
What would be an example of how God might cause His people to experience a type of “exile” today? 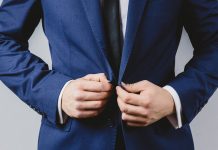 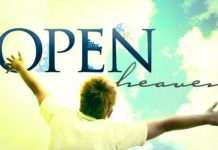 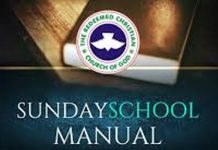 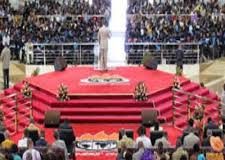 Winners’ Prophetic Focus For November 2022 + Books Of The Month