The Believers Love World better known as the Christ Embassy, has released the theme for the New Year 2022.

Below is the theme for 2022 by Christ Embassy:

A Year of the Gathering Clouds

“This year, the clouds of prayer, faith and expectations would be full and begin to empty themselves upon the earth” — Pastor Chris Oyakhilome.

Below is a statement from the church, declaring the Christ Embassy Word for the Year:

The crowning moment of the Global New Year’s Eve Service with Pastor Chris came shortly after the midnight bells had rung as the man of God, Reverend (Dr.) Chris Oyakhilome declared 2022 to be ‘the Year of the Gathering Clouds’. “This year, the clouds of prayers, faith, and expectations would be full and begin to empty themselves upon the earth,” Pastor Chris remarked amid great shouts from myriads across the globe.

Reading an array of scriptures including Ecclesiastes 11:3, Zechariah 10:1, and 1 Thessalonians 4:14-18, he explained the essence of the former and the latter rains, describing the latter rain like that for a season of harvest in which we presently are. Labeling the word of the year as a missile in the realm of the Spirit, Pastor Chris explained that while many clouds would gather, the most important gathering would be that of the saints around the world. “This is the year of the gathering clouds and these clouds would fulfill their purpose,” the man of God posited as he rained prophecies of things to come in the new year on the congregation. Pastor Chris emphasized that the glory of God would be the defense of God’s people all-year-long and irrespective of the crisis that will envelop the world, the saints will soar through as victors. 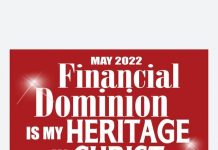 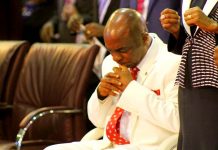 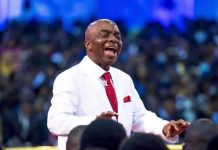 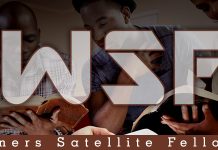 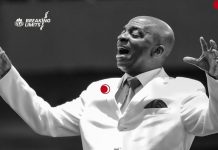 Winners’ Chapel Prophetic Focus For January 2022 +Books Of The Month

WSF Teaching Outline And Prayer Points For May 2022

Winners’ Chapel Prophetic Focus For May 2022 And Books Of The...